If you are tired with your work and city life and if you are very much in need of a good vacation then Karur in Tamil Nadu is just the right package for you. You won’t be getting up to irritating alarm bells but instead to the chirping of the birds, you would see clear skies in the night and lots and lots of greenery around instead of the skyscrapers you watch every day in your city. And that’s why, this city is special. It still holds within itself the old village like charm and reveals to you the best of its secrets hidden within temple walls, kovils, monuments, the hills that stand strong and the rivers flowing through it. 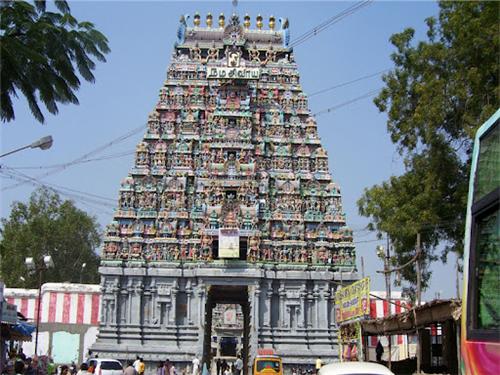 The main tourist attractions here are of course the temples. There are a lot of them but the most famous ones are the Pasupathieswarer temple which is considered to be one of the seven holy abodes of Lord Shiva, Kalyana Venkattaramasami temple which is dedicated to Lord Vishnu and the Sri Mariamman temple. There is nothing more peaceful than sitting in these beautifully built and magnificent temples, listening to the temple bells being rung and seeking solace in the presence of the holy deities. Such encounters with the divine sure would be special and memorable. No doubt the place is also called ‘the land of worships’ since it is decorated with temples all over. Not only are these temples known for their deities but also for their elaborate carvings and architecture. These temples were mostly built by the ancient emperors who ruled over the land making them historical monuments too of the old times. The intricate design used on the walls and the legends the temples tell you makes your visit to Karur completely worthwhile. Also these temples have a lot of festivals and fairs, so if you plan out well you can arrive at a time when you can be a part of these colorful and vibrant temple festivals, which is indeed a great experience. Other than the temples there are famous pilgrimage places like Mayanur and Thirumukkudal which is the union of the three sacred rivers- Palar, Cheyyar and Vegavati. 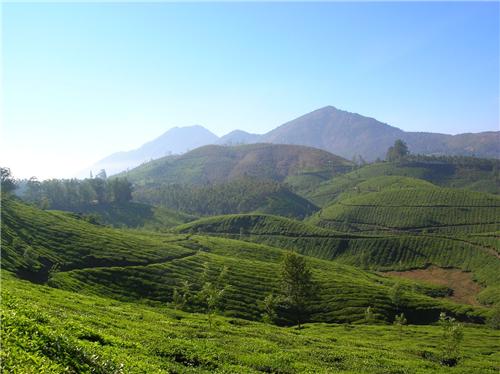 Karur has spectacular natural surroundings and scenic beauties to offer to its tourists. Nerur is one such place situated on the banks of the river Cauvery. It provides lush green locations and also holds the samadhi of the Saint Sadashiva Brahmendra, which is believed to be built by Vijaya Raghunatha Thondaiman of the Thondaiman dynasty. This little quaint village is known for its absolute calmness and silence. You can also visit nearby places and have a good weekend getaway to some of the famous hill stations near Karur. Ooty would be first on the list. The queen of hill stations as it is famously called is truly a ‘must-visit’ place for every traveler who comes down south. Other than Ooty, there is Coonoor which is the second largest hill station in the Nilgiris which is close to Ooty. Coonoor too offers a lot of places to visit like the St. Catherine falls, dolphin’s nose, lamb’s rock, Lady Canning’s seat, the Sims Park, the droog and other plantations around there. One cannot also miss a trip to the Annamalai hills and the Indira Gandhi wild life sanctuary.

The Karur government museum is an important tourist attraction of the place. Karur as we know has had a golden history and had some powerful rulers ruling over Karur from the Cheras and Cholas to the British empire. Karur museum exhibits the various artifacts of those times.The excavations that took place three times found various coins, precious stones, gems, iron pieces etc of the Romans and the Cholas. 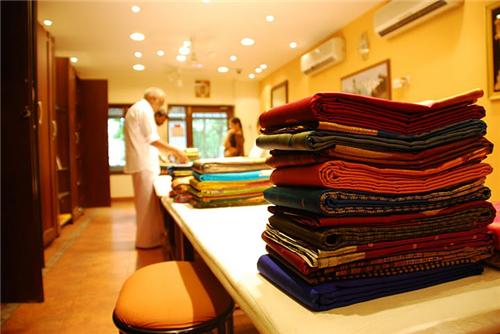 Karur is not just known for its tourism but also for many other factors. You obviously cannot miss out on the local bazaars in Karur. The lanes of Karur are always busy and why wouldn’t it be with so much shopping options available there. Jawahar bazaar, Neelimedu, Mettu street, LGB Nagar etc are some of the important shopping areas where you would find everything that you look for.With Karur being the hub of textiles it wouldn’t be surprising to find large number of textile factory chains in Karur. There are a lot of shopping centres which sell excellent quality silk sarees and cotton clothes that you would get nowhere but here in South India. Also, Karur has a lot of jewel and gem making factories so you would find a lot of jewelry showrooms here from where you can choose from amongst a wide range of jewelry designs. Karur is known for its bus body building industries. The bus bodies built here is exported to all the nearby states. You can also visit them and have a look at the working of these industries.


Hotels and Restaurants in Karur

And don't you worry about the accommodation there.Everything from posh and expensive hotels to those that fit your budget, Karur has it all.Some of the famous hotels there are Hotel Hemala, Hotel Arunachala, Aarthi hotels,the Residency etc.And to treat your taste buds there are a lot of restaurants, bakeries and eateries that have a wide range of tasty delicacies.So just jump onto the streets and discover all the various cuisines the place has to offer.
So go on, book your days and plan your vacation because you just discovered the perfect holiday destination!