Karur, the ‘land of the sacred cow’, the place from where, according to a legend, Lord Brahma started the work of creation, is an ancient and one of the largest cities of South India. The city lies in the state of Tamil Nadu on the banks of the Amravati River and is known for its rich cultural heritage. What makes Karur an attractive place for tourism is the scenic beauty it offers and its historical background. Karur is decked with beautifully built temples which are well known for its deities and festivals .The city of Karur is the administrative headquarter of the Karur district. The flow of major rivers like Amravati, Cauvery and Noyyal nurtures the land making its soil rich and fertile. Karur ,over the years has become a cotton textile hub in India exporting its high quality handloom products all over the country. Karur is also known for power loom textile production, bus body building industries, gem and jewel factories etc. Not only is Karur booming as a trade centre, but also is growing as a major tourist attraction with more and more people discovering the lands beauty and serenity.

Geography and Demographics in Karur

Karur lies in the Karur district of Tamil Nadu which is centrally located in the state. It has the Erode district to its west and Tiruchirapalli on the east.It lies at a distance of 371 km from Chennai which is the state capital of Tamil Nadu.Summer time brings on temperature of about  34o during May and in winters it goes down to 17o.Average rainfall of 775mm is received during monsoon season.Also according to the 2011 census, Karur district has a population of 10, 76,588 and 81.74% literacy rate. 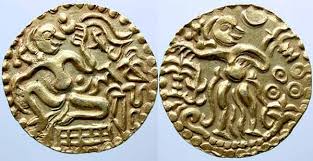 The place holds an extravagant 2000 year old history within itself and boasts of a past that is rich and powerful. It has been a part of different empires and rulers from the Cheras, Cholas, and Pandyas to the Carnatic kingdom and finally the British Empire. It used to be an important centre for trade for many of its rulers. Historical evidences have also said that the Chera rulers of the ‘sangam’ period had Karur as their inland capital. Karur, in the ancient inscriptions and literature is known by many names like the ancient city of ‘Vanji’, Aadipuram, Karapuram, Viracholapuram etc. Click here to learn more on the history of Karur

Language and Religion of Karur

The people in Karur mostly speak Tamil with the ‘Kongu Tamil’ accent.Hinduism is the religion that is followed by majority of the people here.With stories of Lord Brahma beginning his work of creation in the land of Karur, many temples and monuments have come into existence here making Karur a famous place for pilgrimage.Christianity and Islamism are also followed here in small numbers.

The land is embedded with breathtakingly beautiful temples, each one telling a story about its mythological past. With festivals and fairs conducted round the year, tourists flock in to be a part of it, to visit the mighty temples and to experience the divine. The beliefs and values followed by the people of Karur since ancient times have played a vital role in shaping the culture of the whole of Tamil Nadu. Click here to learn more on the culture of Karur 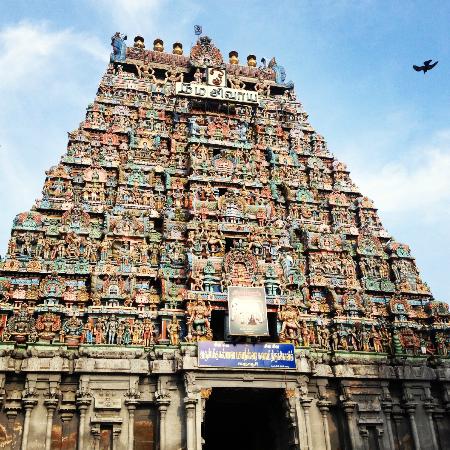 Karur is blessed with beauty. From magnificent and historically important temples like Kalyana Venkattaramasami temple, Sri Mariamman temple, Pasupathieswarer Temple etc and pilgrimage places like Mayanur to the lush greenery at Nerur and other sightseeing places, Karur is a completely attractive package for tourism. Shopping for various hand-looms and enjoying the scrumptious south Indian delicacies in some of the most famous restaurants in Karur is always a delight for the travelers. Click here to learn more about various tourist attractions in Karur